The metacomputation system (MS) is derived from a 3-Tier hierarchy metaphysics model based on the following premise:

Using the following descriptive terms, we can get a sense of what Source Mind is not:

The content of Source Mind has a 3-tier hierarchy structure described as follows.

Fig.1. Unity Screen that contains 1 pixel of the projected power of Source Mind 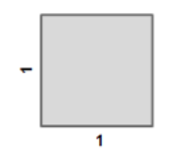 Fig.2. Division of Unity Screen into 4 cells of equal size.

Fig.3. Symbols A and B derived from dividing the pixel in Unity Screen. Each symbol contains 2 pixels and 2 voids in polar opposites.

Unity Screen of one pixel is then split up into two symbols: A and B, as illustrated in Figure 3.

Each of these symbols contains 2 pixels and 2 voids.

Thus duality is conceived as the polar opposites of the potential and projected power of Source Mind.

Unity Screen is of the size of 1 unit. It contains 1 pixel of the projected power of Source Mind.

The nature of existence at unity tier can be described as: one, uniform, even, equal, neutral, stable, non-changing, constant, still, singular, total.

This level of Existence was referred to by ancient Greek philosopher Parmenides as “What-is”.  He taught that “What-is” is one, change is impossible, and existence is timeless, uniform, necessary, and unchanging.

At the duality tier, Unity Screen is divided into 4 cells of equal size as illustrated in Figure 2.